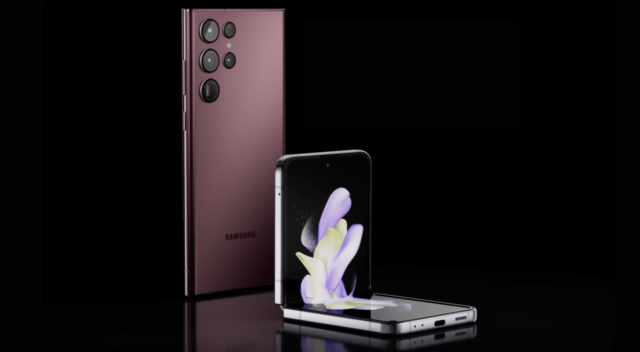 Apple fanatics aren’t the only ones paying attention to the iPhone 14’s debut tomorrow. Samsung—maker of the iPhone’s closest competitor—has also found a reason to keep a close eye on Apple’s highly anticipated event. To Samsung, the iPhone 14’s release presents something special: a marketing opportunity.

On Thursday the multinational tech conglomerate’s US arm published an ad on its YouTube channel titled “Buckle Up | Galaxy S22 Ultra & Z Flip4.” At first glance, this isn’t particularly interesting, at least to Apple fans; Samsung posts videos about its products all the time. But pressing play reveals the video’s true purpose. In a gruff voice cocky enough to give Ford’s marketing team a run for its money, the ad spends 30 seconds lauding the features on its two newest smartphones…and then telling the viewer those features aren’t available on iPhone. “What will they not think of next?” the video’s description teases.

The Galaxy S22 Ultra and Z Flip4 feature the Flip4’s foldable touch screen and the S22 Ultra’s 108-megapixel camera—two things iPhone buyers will indeed fail to find on any of Apple’s smartphones. Samsung’s ad specifically points to the S22 Ultra’s ability to capture relatively detailed photos of the moon. Meanwhile, Apple’s sharpest existing smartphone camera is that of the iPhone 13 Pro Max at only 12 megapixels. Though the iPhone 14 is rumored to improve from this significantly with a 48-megapixel back camera, there’s no question that Samsung’s ad, though snarky, does ring true.

But does that even matter? Apple officially overtook Android phones to make up more than 50 percent of the US smartphone market in Q2 2022, reaching a level of success it hasn’t seen since the iPhone first launched in 2007. Even if there are smartphones with better cameras than those found on the iPhone, there are plenty of people willing to sing their 12-megapixel camera’s praises. (Apple’s annual Shot on iPhone challenge, the winners of which are featured on Apple’s site and on its 28.1 million-follower Instagram page, likely helps with this.) Samsung’s ad looks a little less like friendly banter and a little more like a desperate attempt at grabbing a bit of Apple’s spotlight.

This isn’t the first time Samsung has done this, either. The company has previously published videos teasing Apple for eliminating the iPhone’s headphone jack and no longer including a charging brick with new phones—two things Samsung eventually did. In fact, Samsung was caught deleting those ads from its YouTube page around the same time it stopped supplying a charging brick. Whoops.