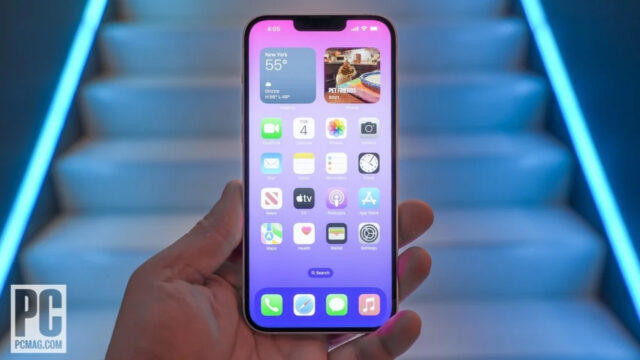 (Credit: Eric Zeman)Apple made some pretty big changes to its phone lineup this year. Instead of offering a regular-sized phone and a mini version, it ditched the small handset in favor of “big and bigger” phones. That translates to 6.1-inch and 6.7-inch models for the base 14 and 14 Plus, as well as for the Pro and Pro Max like before. Apparently, that approach has failed, according to analysts. Apple is specifically concerned about poor sales of its newest model, the 6.7-inch iPhone 14 Plus. It’s the first time Apple has offered a non-pro phone in this size. It’s reportedly so alarmed over its poor sales, it’s reevaluating the iPhone 15 lineup.

To recap, in the past Apple used to use the same silicon in all of its phones. So the iPhone 13, 13 Pro, and 13 Mini all had an A15 chip inside. The main differentiator between the regular and Pro models were things like the 120Hz ProMotion display and more camera options. That changed for the iPhone 14 lineup. It reserved the new A16 chip for the Pro phones and gave the regular phones the older A15 silicon instead. It also introduced the 14 Plus, which had the same parts as the 14 but with a bigger display and battery. 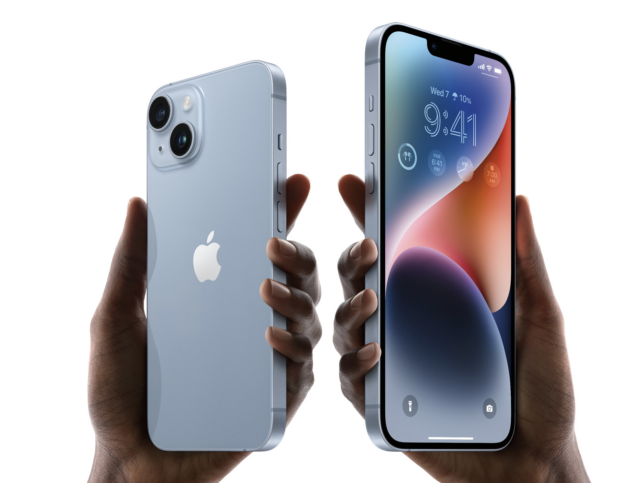 For the iPhone 14 Apple asked its customers, “Do you like big phones, or bigger phones?”

Right after it launched, famed Apple analyst Ming-Chi Kuo noted it had likely sold more poorly than the model it replaced, the 13 Mini. The 14 Plus turned off small phone aficionados, who held off on upgrading. Now, several months later, it seems the pattern has held and iPhone 14 Plus phones are gathering dust. Another problem with the 14 Plus is its price, which starts at $899. That’s $100 more than the regular iPhone 14. Meanwhile, the iPhone 14 Pro starts at $999, while the Pro Max is $1,099. For many people, it’s worth it to just spend an extra $200 for all the Pro features.

Apple is reportedly taking this situation very seriously, according to a new blog from a reliable supply chain source. Macrumors flagged the post, written by a person named yeux1122. It claims Apple is assessing the situation, and considering two corrective actions. The first is to further differentiate the Pro and non-Pro phones. In doing so, it would lead to the second option: reducing the price of the Plus model. Apple seems intent on neutering its regular phones, with the hope of upselling people to the Pro phones instead. That’s because Apple believes Android poses no threat to the high-end of the market, according to Ming-Chi Kuo.

For the iPhone 15 lineup, it seems the phones will be differentiated even further. On a related note, it was reported before the iPhone 14 launch that Apple was seeing flagging sales of its Mini and SE models. That’s likely why it ditched the small version and went super-sized. Now it turns out, that approach didn’t pan out the way Apple thought it would. At least, not at $899, causing Apple to once again go back to the whiteboard.

The iPhone 15 lineup is still a year away, so there’s not much information about what they’ll look like. The only big rumor is that it will bring its much-hyped Dynamic Island to its entire lineup. It’s currently only available on the Pro models. It’s uncertain whether it’ll once again offer a small phone, or stick with the 6.7-inch iPhone 15 Plus at a lower price. And of course, they’ll be the first iPhones with a USB-C connector due to new European regulations.