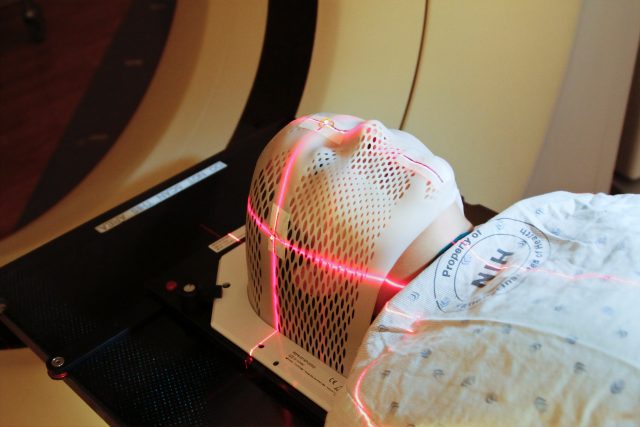 A patient undergoing radiotherapy. (Credit: National Cancer Institute)Radiation therapy, also called radiotherapy, is one of the most commonly utilized forms of cancer treatment. In a nutshell, radiotherapists use high-energy particles and waves (often X-rays) to damage or destroy cancer cells, which prevents those cells from multiplying and spreading across the body. But a lack of precision subverts radiotherapy’s efficiency: Healthy cells often bear the brunt of those high-energy waves, too, resulting in uncomfortable side effects and even future cancers.

Thanks to new research, medical experts might soon be able to fine-tune radiation delivery to avoid the treatment’s less desirable outcomes. A team at the University of Michigan has developed a way to visualize radiotherapy delivery via precise 3D imaging. Their method, described Monday in the journal Nature Biotechnology, takes advantage of thermal energy within the human body to map radiotherapy’s effects in real time.

When bodily tissues absorb the X-rays involved in radiotherapy, they turn those waves into thermal energy. Such a rapid change in temperature causes the tissues to expand, creating tiny sound waves. Your average ultrasound can’t pick up sound waves this weak—but a custom ionizing radiation acoustic imaging (iRAI) system from the University of Michigan can. 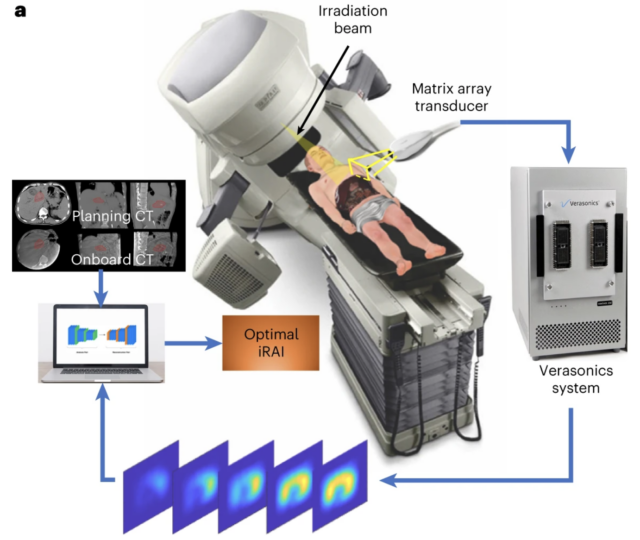 The team’s system uses an array of ultrasonic transducers placed at the cancer patient’s side to detect sound waves associated with radiotherapy. Once the transducers receive a wave, they amplify it and communicate it to an ultrasound that constructs it into a 3D image. The image is what allows radiotherapists to monitor the radiation’s physical path and adjust delivery in real time. These adjustments would not only help radiotherapists avoid damaging healthy tissues, but also allow them to accommodate for differences in organ size and placement from patient to patient.

“In future applications, this technology can be used to personalize and adapt each radiation treatment to assure normal tissues are kept to a safe dose and that the tumor receives the dose intended,” Kyle Cuneo, associate professor of radiation oncology, said in a university statement. “This technology would be especially beneficial in situations where the target is adjacent to radiation-sensitive organs such as the small bowel or stomach.”

The custom iRAI system proved highly effective in rabbit trials and with one 60-year-old human patient experiencing liver metastasis. Because radiotherapy is most commonly used in metastasizing cancers—or those spreading to other areas of the body—it’s crucial that the team at the University of Michigan continue to test their iRAI system in patients diagnosed with various forms of metastasis.