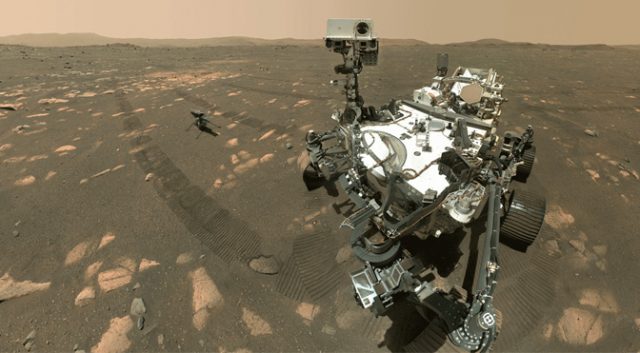 NASA’s Perseverance rover is a lot of things: a nuclear-powered planetary explorer, the first step in returning Mars samples to Earth, and a communications platform that enables the first-ever helicopter to fly on an alien world. It is, apparently, also a mechanized tree. The team behind Persverance’s MOXIE project has announced it can produce as much oxygen on Mars as a respectable tree here on Earth. This hardware is only an experiment, but it suggests producing breathable air from the red planet’s thin atmosphere is going to be feasible.

MOXIE, or the MIT-led Mars Oxygen In-Situ Resource Utilization Experiment, has been operating since April 2021, early in the rover’s mission. However, the new study published in Science Advances is the first real update on the project. MOXIE is about the size of a lunchbox, designed to test a method for processing Mars’ carbon dioxide atmosphere into oxygen. The MIT researchers managing the project say that in each of the machine’s seven experimental runs, it hit its target of six grams of oxygen per hour.

“This is the first demonstration of actually using resources on the surface of another planetary body and transforming them chemically into something that would be useful for a human mission,” says MIT’s Jeffrey Hoffman. In situ resource utilization is a hot topic in planetary exploration. Every bit of mass you have to launch from Earth adds to the cost and complexity of a mission. The ability to produce what you need at the destination could revolutionize space exploration and make it feasible to send humans to more distant locations. 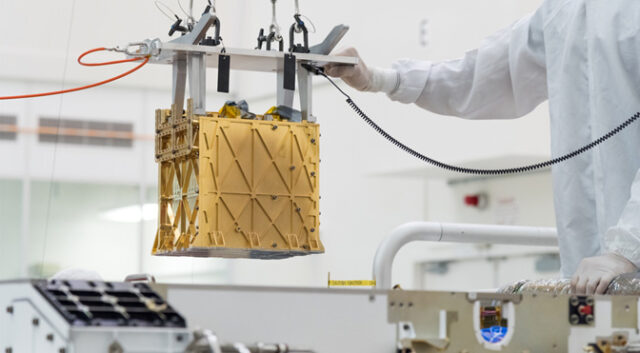 MOXIE was designed to be small enough to fit on the Perseverance rover.

MOXIE works by drawing in air on Mars, which is almost entirely carbon dioxide. The air is filtered to remove contaminants and pressurized to make processing it more efficient. The air is then directed through an instrument called the Solid OXide Electrolyzer (SOXE). It electrochemically splits the carbon dioxide molecules into oxygen ions and carbon monoxide. The oxygen ions are joined in pairs to form molecular oxygen, which is what we breathe. Perseverance doesn’t save this gas, though. MOXIE assesses the purity and then vents the oxygen and carbon monoxide back into the atmosphere.

The team ran MOXIE in a variety of conditions to ensure this technique is workable on Mars. There are still some details to work out — they still need to test oxygen production in the dawn and dusk periods when temperatures vary wildly, and MOXIE will also be pushed beyond the six-gram target.

If all continues to go well, MOXIE could serve as the basis for future life support systems on Mars. This experiment was designed to be small and low-power so it could ride along on Perseverance. In the future, a larger version could be sent to Mars ahead of human explorers to produce as much oxygen as a small forest. Astronauts would arrive to find all the breathable air they need. Oxygen is also useful as a propellant, which could fuel a return trip to Earth.