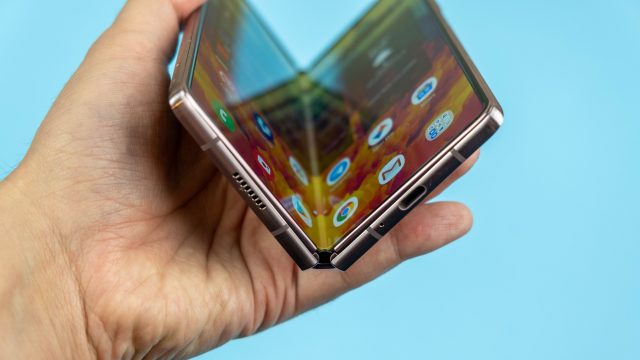 Microsoft didn’t quite get the response it hoped with the dual-screen Surface Duo 2, so it’s making some changes to its smartphone plans. A new report claims that Microsoft has ditched its next dual-screen device and will instead produce a larger foldable OLED phone like the Samsung Galaxy Z Fold4. This will mean no 360-degree hinge action, but that’s probably a fair tradeoff.

The Surface Duo 2 was released in late 2021, and it’s easy to see why Microsoft might want a change. The phone was priced at a startlingly high $1,500, but it suffered from numerous software glitches and has been slow to get updates. The Surface Duo 2 opens like a book, revealing two identical flat OLED screens. The phone is a bit awkward to use one-handed, and there’s no external display. So, almost any interaction requires you to open the device like an early flip phone. Reviews were mostly negative.

According to Windows Central, Microsoft had finalized a third-gen Duo that sported displays that were taller and narrower, which would make the device easier to hold. There was also wireless charging and smaller bezels. Microsoft planned to launch the phone at the end of 2023, but that’s no longer happening. The new foldable is still being developed, but it will allegedly include internal and external displays like other foldables. However, the Duo 2’s 360-degree hinge won’t work with a flexible OLED, so Microsoft will move to a traditional 180-degree hinge. Starting over has also affected the timeline — sources indicate the new foldable probably won’t be ready for launch in 2023. 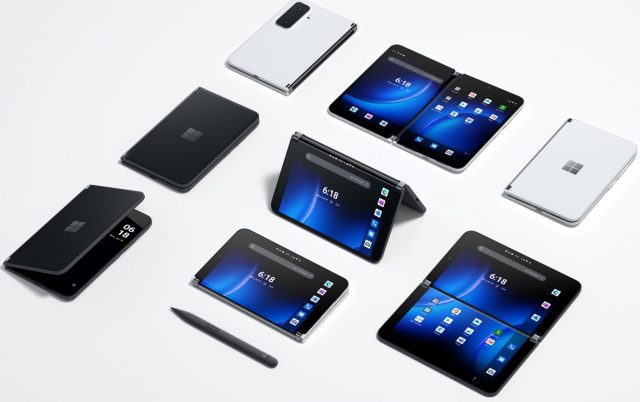 The Surface Duo 2 could do some cool contortions, but the dual-screen form factor isn’t as useful as a foldable.

Microsoft already has a Windows client for connecting Android and iOS smartphones, but Windows Central says Microsoft is also planning a more capable software suite for its Android phones. The effort, known internally as “Perfect Together,” aims to emulate Apple’s tight integration between the iPhone and macOS.

While the wait for Microsoft’s foldable will most likely stretch into 2024, there may be other Surface phones before that. The same report claims that Microsoft is going all-in with Android hardware, and it has built several prototype flat Android phones. It may choose to release them under the Surface brand as cheaper options, allowing the upcoming foldable to exist as a premium offering for enthusiasts.

Qualcomm Will Enable Satellite SOS on Flagship Android Phones in 2023