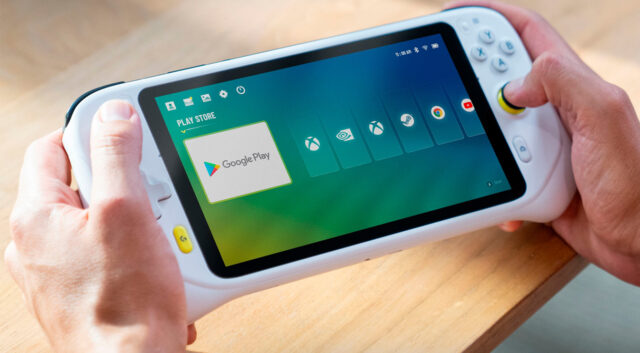 (Photo: @evleaks on Twitter)Logitech announced several weeks ago that it was betting on the future of cloud gaming with a new handheld that supports Xbox Cloud Gaming and GeForce Now. While Logitech gave the impression the device was still in the early stages, you won’t have to wait to get a peek — the Logitech G Gaming Handheld has leaked in all its glory. And it seems to have less of a cloud focus than expected.

The leaked images come courtesy of @evleaks on Twitter. He posted the images of the game machine on Monday evening, and Logitech filed a DMCA takedown just a few hours later. You can’t erase anything from the internet, though. That’s as good as confirming the pics are legitimate, so this is probably very close to the hardware Logitech will eventually release.

The handheld looks similar to a Nintendo Switch with a large screen in the middle with buttons pushed to the left and right edges. Like the Switch Lite, the controllers don’t appear to detach from the screen, but the shape of the chassis is molded to be more comfortable in the hands. The control layout is typical for a modern game controller. There are two thumbsticks, a d-pad, shoulder buttons, triggers, and an ABXY button cluster. There are also home and Logitech G buttons — it’s unclear what the latter will do. There are a few other miscellaneous buttons around the periphery

Logitech didn’t provide any hardware or software details at the time of the announcement, but the leaked images tell us several important things. The Play Store is featured prominently on the screen, which all but confirms this device will be running a certified build of Android. That means you’ll be able to run mobile games alongside cloud titles on GeForce Now and Xbox, both of which are also visible. There are even Chrome and YouTube icons on the screen. If you miss the Nvidia Shield Handheld, the Logitech G Gaming Handheld looks like its spiritual successor. 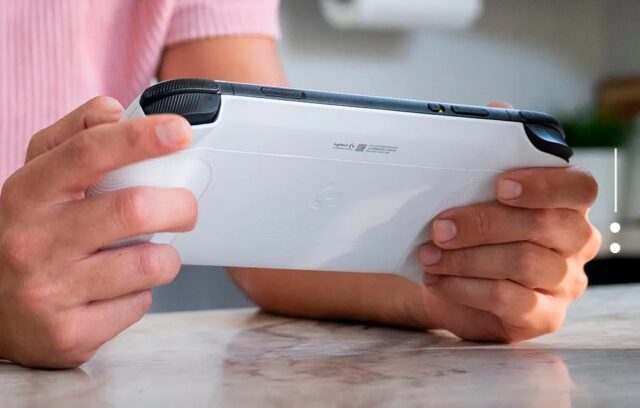 There are still some things we can’t ascertain from the leaked images, and the price is right at the top of the list. The inclusion of the Play Store suggests the hardware could be more powerful than it would otherwise need to be if it was only a terminal for cloud-rendered games. At the same time, Google certification requires OEMs to support devices with software updates, which could make a potentially high price tag easier to swallow. While Logitech called out Xbox and GeForce Now in its announcement, the inclusion of the Play Store should provide access to Stadia and even Amazon Luna, though perhaps they won’t be as well-optimized for the hardware. We’ll find out later this year when the device is expected to launch.