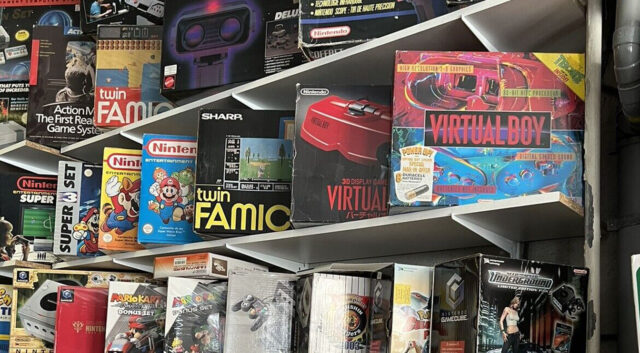 (Photo: kaori30)You might think you’re a video game enthusiast, but you’ve got nothing on Kaori30. This noted member of the game collecting community has decided to unload his impressive collection of game consoles on eBay, but the price tag is out of reach for most of us. Kaori30 is looking for almost a million dollars — €984,000 to be exact. For this lofty sum, you get roughly 2,400 different game consoles, comprising what may be the single largest collection in the world.

According to the translated listing from French eBay, Kaori30 began collecting game consoles in the 1990s, but he tried to get out of the hobby around 2000 by selling off the collection. Still, he continued to pick up the odd piece of hardware here and there before stopping due to time constraints in 2011. Then came a fateful visit to Tokyo in 2018 that rekindled his need to have all the consoles in the world. Since then, Kaori30 has assembled a truly amazing collection, including most of the items he sold off 20 years ago.

Even if you don’t have a million dollars sitting around to buy the collection, exploring the photos is fascinating. This collection features all the names you know like the NES, Xbox, Game Boy, and PlayStation, along with more obscure devices like the NEC TurboGrafx handheld, the Atari Jaguar CD, and the Watara Supervision. There’s even a Nokia Ngage, a pre-smartphone mobile device with a gamepad and emulator support. Success is not a requirement to be included, as evidenced by the presence of the Ouya microconsole. The thoroughness of the collection is genuinely impressive. 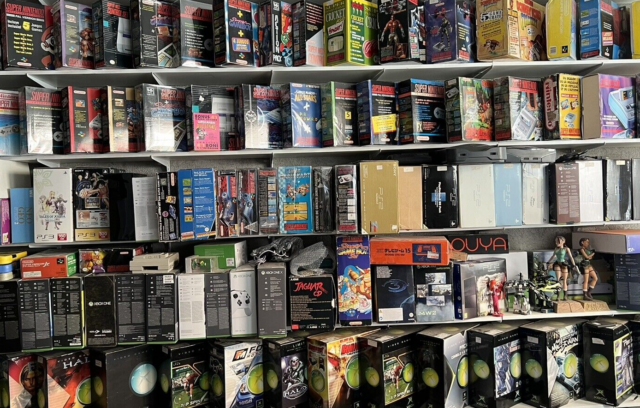 The collection doesn’t just feature one copy of each console — in the interest of completeness, Kaori30 has sought out every variation of the hardware. For example, the collection includes the NES Action Set with the light gun that was so popular in the early 90s, but he also has the European Super Set that came with a controller hub. Not rare enough? How about the original Japanese NES that shipped with a robot? Or maybe you want to get your hands on one of the handful of Nintendo-licensed Famicom clones from Sharp. Kaori30 has those, too.

Kaori30 believes some of the items in his collection are basically impossible to find for sale elsewhere. He suggests a museum might be interested in displaying the collection, but only if there’s one with a million dollars to spend, and shipping is probably going to be spendy as well. Naturally, Kaori30 does not accept returns.