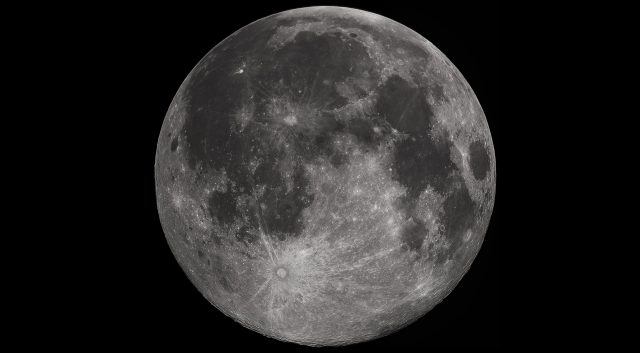 The moon is our nearest celestial neighbor and the only body aside from Earth where humans have ever set foot, but there’s still a great deal we don’t know about it. China’s Chang’e-5 mission in 2020 returned the first lunar samples since the end of the Apollo program in 1976, and scientists now report the discovery of a new mineral in the payload. Even more interesting, the tiny crystallized mineral could also be the key to generating energy through nuclear fusion.

Chang’e-5 landed on the moon on Dec. 1, 2020, just a few days after it launched from China’s Hainan Island space center. The rover wasted no time, collecting 3.7 pounds (1.7 kilograms) of lunar regolith over the next two Earth days. The samples were loaded into an ascent vehicle and sent back to Earth on Dec. 3, landing on Dec. 16. This made China the third nation after the US and Soviet Union to return lunar material to Earth.

Chinese scientists now report the discovery of a novel mineral in those samples. The transparent crystal has a diameter smaller than a human hair, and it is believed to have formed about 1.2 billion years ago when the region explored by Chang’e-5 was still volcanically active. The mineral has been named Changesite—(Y) after the same moon goddess that gave the rover its name.

According to Chinese state media, the Chinese Atomic Energy Authority has confirmed the presence of helium-3 inside the crystal. This isotope of helium is rare on Earth, but scientists (and science-fiction authors) have long speculated it could be present in significant amounts on the moon. Compared with other forms of the element, helium-3 produces fewer radioactive byproducts when going through fusion. That makes it appealing as a fuel source for fusion power generation, a still-theoretical way to generate energy in the same way stars do. The technology to sustain fusion on Earth is still elusive, but access to helium-3 could help get us there.

Like the US and other spacefaring nations, China has expressed interest in mining resources on the moon. That mostly focuses on in-situ resource utilization, an approach to space exploration where missions collect materials at the destination to reduce what they need to bring from Earth. However, if Changesite—(Y) turns out to be present in sizable deposits on the moon, it could be mined as a source of helium-3 and shipped back to Earth. We have a long way to go before that happens, though.