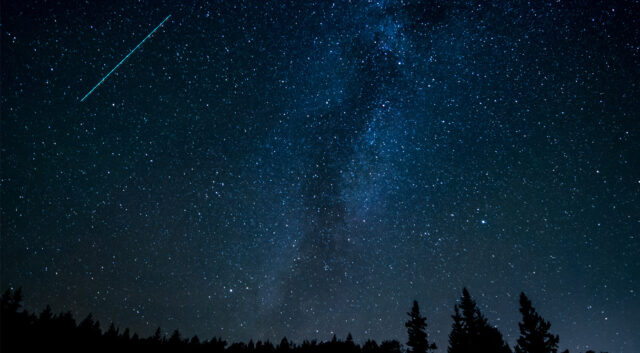 Meteors have been raining down on Earth since time immemorial, but we are only beginning to understand that some of them have very exotic origins. In 2014, a small space rock hit the atmosphere and broke apart like so many others, but upon investigating this event, astronomers realized it came from beyond our solar system. Now, Harvard astronomer Avi Loeb is putting together a privately funded expedition to hunt for pieces of the mysterious object on the ocean floor. He’s even holding out hope that the object could show evidence of alien intelligence.

Loeb’s interest in this object traces back to a different interstellar interloper. In 2017, telescopes around the world turned to peer at a pancake-shaped object known as ʻOumuamua. This was the very first interstellar visitor ever detected, and its bizarre properties made its brief transit through the solar system all the more fascinating. ʻOumuamua exhibited a small change in course as it tumbled past, possibly from outgassing or some other natural force. We’re not even certain what it is — an asteroid, a comet, or perhaps something more unusual like a fragment of an icy dwarf planet. Avi Loeb has advanced the hypothesis that ʻOumuamua was so hard to categorize because it wasn’t natural at all. Perhaps, instead, it was a piece of alien technology like a solar sail, which would explain why it drifted off course.

The astronomical community has treated Loeb’s suggestions with skepticism, as you would expect from those in a profession that thrives on evidence. The confirmation that CNEOS 2014-01-08 came from another solar system has given Loeb something new on which to focus. In 2019, Loeb and collaborator Amir Siraj published a paper speculating that the 2014 asteroid was interstellar, but they were unable to confirm that until earlier this year when the US government released classified data from a sensor network used to monitor for nuclear detonations. That data confirmed that CNEOS 2014-01-08 came from another star.

6/ “I had the pleasure of signing a memo with @ussfspoc’s Chief Scientist, Dr. Mozer, to confirm that a previously-detected interstellar object was indeed an interstellar object, a confirmation that assisted the broader astronomical community.” pic.twitter.com/PGlIOnCSrW

A piece of another solar system could yield untold scientific discoveries, but it’s at the bottom of the South Pacific Ocean in pieces. That’s why Loeb has put together $1.5 million in funding to go looking for it. Loeb plans to focus on an area about 40 square miles in size. The team will use a sled with a powerful magnet to scrape a thin layer of muck off the ocean floor. By testing the composition of whatever they find, it should be possible to identify something that doesn’t match our little corner of the galaxy. He also muses about the possibility they’ll find something composed of an artificial alloy, which implies extraterrestrial intelligence. “If it has any buttons on it, I would love to press them,” Loeb joked to NPR.

Still, some astronomers are hesitant even to accept that CNEOS 2014-01-08 is extrasolar in origin. Before the object flew apart in the atmosphere, it was only a few feet across. It’s difficult to get accurate data on something so small, and the classified nature of the sensor system means potentially important data could be missing. Others don’t believe it’s even possible to find fragments of an eight-year-old impact on the ocean floor. It might be a long shot, but Loeb sees it as a chance to make a world-altering discovery, and he’s not passing it up.