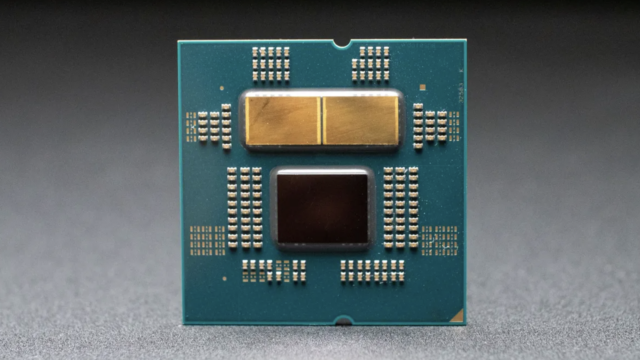 Right after AMD’s launch of Zen 4, we now have a report of its new CPUs running at blistering temperatures. This isn’t a huge shock since AMD is notably increasing TDP for Zen 4 in order to crank the clocks. However, Zen 3 was famous for its efficiency, especially compared with its competition from Intel. So while Intel’s chips have always run a bit hot under full load, that wasn’t the case with AMD’s consumer CPUs. That might change with Zen 4, though. According to a new report, the Ryzen 9 7950X can get as hot as 95C. The mainstream Ryzen 5 7600X can also hit temps as high as 90C. Keep in mind these are engineering samples though, so this might not be the case with actual retail CPUs.

News of the surprisingly high temps comes from a normally reliable source: Enthusiast Citizen at Bilibili, via Wccftech. It was previously reported that AMD would allow for up to 230W to be consumed by its flagship CPU. In a post, he notes when that happens, the 7950X can hit 95C. This is a CPU with a 5.7GHz boost clock, but he says it struggles to maintain 5GHz at that temperature. The 7600X is also reported to consume 120W under full load, and to run at 90C.

This could be partially due to the tiny size of AMD’s chiplets, which the company says are half the size of Alder Lake’s monolithic dies. Raptor Lake has the same design, and Enthusiast Citizen concludes Intel’s 13th generation CPU will easily vanquish AMD’s Zen 4 flagship. “Multi-core 7950X will basically lose to 13900K without suspense. The heat accumulation combined with the temperature wall will cause 7950X under heavy loads to be unable to maintain 5G, 230W 95 degrees, and it will be ashes when it comes out,” he wrote.

It should be noted that 230W is in the vicinity of the Core i9-13900K’s power envelope, which is reportedly around 25oW. However, Intel is also reportedly planning an “extreme performance” mode on some high-end motherboards that will let it consume up to 350W. However, we doubt a lot of people will use that feature given the cooling requirements. It also needs to be said that like Alder Lake and assumedly Raptor Lake, the Ryzen CPU will only hit those temps under intense, all-core workloads. That’s not something that will typically happen when casually gaming.

Still, Enthusiast Citizen thinks the high temps along with the mandatory purchase of DDR5 memory could tip the balance in Intel’s favor this round. That’s because Raptor Lake will support less expensive DDR4 memory, as well as DDR5. Wccftech also reports the Ryzen 9 7000 chips will run over 90C, even with a 360mm AIO cooler attached. In contrast, the Core i9-13900K is said to hit just 85C under full load across all cores.

We’ll need to wait for third-party benchmarks with retail CPUs to verify this information. However, news of high temps is not that surprising. AMD specifically noted the incredible density of its chiplets in its recent presentation. It also covered the Zen 4 cores in gold to boost thermal conductivity (see image, top). However, it’s still a change of fortune for AMD, which had previously differentiated itself from Intel with its superior efficiency. AMD’s Zen 4 chips are set to go on sale Sept. 27, so hopefully, we’ll have benchmarks before then. Regardless, anyone interested in upgrading to Zen 4 or Raptor Lake will likely need to have a beefy CPU cooler waiting in the wings.